The Goodspeed service is now available in 56 key business destinations across the globe, including the U.S., Canada, Latin America, Russia, China and Europe. 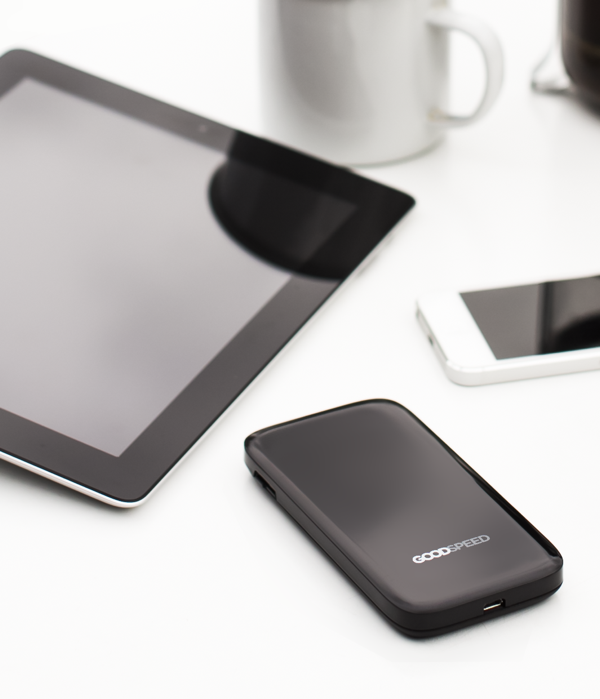 With countries such as Japan (4th), South Korea (12th), Indonesia (16th), Australia (17th), Thailand (24th) and Malaysia (29th) boasting some of the world biggest economies for purchasing power and developing Asian countries taking 25.1% of the world economies purchasing power1, these regions are key global business territories. By offering a reliable daily flat rate for internet access, Goodspeed enables travellers to stay connected in these regions and carry out business with the reassurance they will not be amassing huge data roaming bills.

For just €9.90 a day users can use 500MB of data, twice the daily consumption of the average internet user and equivalent of 100 emails, 2 hours of web browsing, 20 minutes of video streaming and 30 minutes of Skype calls.

The Goodspeed service is enabled by the compact Goodspeed hotspot that features slots for up to nine SIM cards, including user’s own SIMs. The device and destination SIM cards can be acquired direct from www.getgoodspeed.com, prior to travelling. With Goodspeed users can create a private WLAN network, connecting up to five Wi-Fi-enabled devices, such as smartphones, tablets, laptops and smart TVs, simultaneously.

Tommi Uhari, CEO of Uros says “Goodspeed’s global network is expanding at a phenomenal rate. Having covered off the major regions in the Northern Hemisphere we now offer low-cost, fast mobile internet access in key business destinations in the Southern half of the world. With network operator’s charging between £3-£8 per MB outside of the European Union (EU), receiving a huge data roaming bill is big concern for international travellers. But offering the reassurance of a daily flat rate along with generous amounts of data, we have made data roaming a simple, transparent proposition for businesses and individual travellers, so they can concentrate on business matters at hand.”

1: Figures taken from The Economist Pocket World of Figures 2014 Edition

###About Uros### Uros Ltd is the provider of Goodspeed, a revolutionary solution for international Internet access. The company is headquartered in Oulu, Finland and built of a seasoned and experienced team of mobile professionals. Since the launch of Goodspeed in the autumn of 2012, Uros has rapidly expanded the service to cover Europe, U.S., Canada, Latin America, Russia, Asia and Australia with plans to build a global solution for travellers throughout the world. For more information on Uros and Goodspeed visit www.getgoodspeed.com.