The discussion about the future of the mobile roaming charges in European Union is heating up as the Commission has taken the European roaming reform to a new level. So far the Commission’s publicly announced plan has been to reduce the roaming prices steadily year by year. Consumer’s right to choose the mobile network before or when roaming, a.k.a. local breakout, was targeted to happen next year together with new lower price caps. The goal was to drive the cost of data and voice-call roaming within the EU near the cost of domestic use. 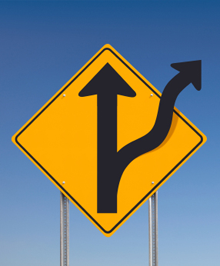 This June the European Commission voted to push the reform on a fast track and put an end to mobile roaming in European Union all together by July the 1st, 2014. Detailed proposals are to be prepared during the summer and announced in October.

What is one to think of this sudden hurry and the outcome of the reform? Well to be honest, the first thing my cynic me thought was ”Oh, the elections must be approaching”, which is true by the way. Could the talk about the reform be just a marketing act for the old local breakout plan? Only time will tell. But that aside, I truly believe that the intentions behind the roaming reform are good. More money in the consumers’ pockets, getting rid of the fear of using mobile devices while abroad and more investments in new technologies.

But when you think about it, can the future really be that bright? Forcing the same price between locations is bound to kill also international voice-call revenue as all traffic goes VoIP. That has not been on the Commission’s table but it is obvious that people will shift to use cheaper ways when possible. That’ll make even bigger cut to the operator revenue. The industry trade body, Etno, estimates that the revenue loss will be around 70-190 billion euros by 2020.

With the diminishing revenues it seems unlikely that the operators will be able to live up to the Commissions expectation and invest more in the European network infrastructure that is already lacking behind in progress. It would be only logical that to compensate the sudden loss operators are bound to raise prices elsewhere. The worst-case scenario would be that the domestic customers end up paying the costs of their travelling peers.

But inspite of what will happen with the roaming reform, one thing is reality; Goodspeed is making roaming-free Internet happen right now. Consumers can choose the local network and use data exactly as they would when at home without fear of bill shocks. And the same is possible also outside the EU where the roaming problem is far more severe than it has been in Europe recently. At the moment Goodspeed service is available in 18 European Union countries and 8 non-EU countries, including Russia and China. Our future focus is clearly in expanding the coverage to countries that are not part of the European single market to make easy connectivity possible globally.

Ease for your roaming nerves in Greece