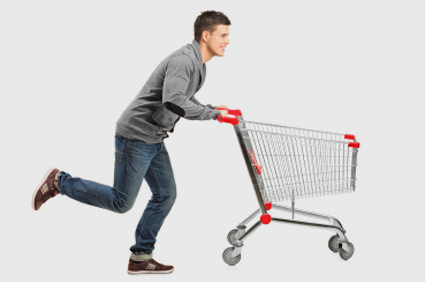 You know there are countries, like Finland, where buying a prepaid data SIM as a non-resident is like shopping for milk. You go to the store, get what you want, pay the purchase and you’re done. Simple and straightforward. And then there are countries where the hassle steps in to the buying process. Like in Spain. This is a true story that happened to a colleague of mine some time ago.

While staying a couple of days in Spain, he needed to get some work done. Unfortunately the hotel Wi-Fi was so slow he couldn’t even read his emails. So he went to the nearest department store to get a data SIM card. They had none but they where kind enough to show him a local operator store nearby. This is where the hassle steps in.

The salesperson didn’t speak English and my colleague didn’t speak Spanish so that was a bit of a problem as there was a lengthy Spanish agreement to be signed. But he remembered that he had a friend in Brazil who spoke Portuguese. Close enough, he thought and called him to help out. That sort of went OK. The agreement was somehow understood and it also turned out they required a copy of his passport. Standard procedure. Then there was some waiting to be done as the salesperson made a couple of calls and activated the SIM card.

This simple shopping mission took about two hours. To make it even worse, there was another customer waiting his turn at the store almost the whole time. Poor guy. And you know what happened with the SIM card? It was a smartphone SIM only, no tethering allowed. That kind of ruined for good the whole I’ll-just-go-to-the-store-real-quick-and-get-these-things-done plan.

In conclusion, buying a local SIM on the spot is an option if you have time to spare. But if you’re on a tight schedule, it’s safest to be prepared beforehand. Luckily, the Goodspeed Internet service will be available also in Spain shortly.